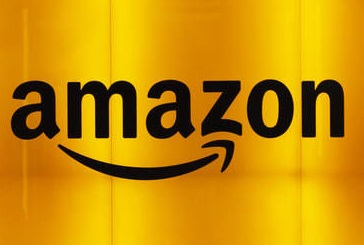 After Amazon announced it will not build its headquarters in New York City, the real estate industry is buzzing with rumors of potential HQ2 sites. As a result, New York City will lose 25,000 high paying jobs that were initially promised by Amazon. The bulk of the 25,000 jobs the company promised to create in New York City will go to 17 Amazon offices across North America. Although state and local officials are disappointed, winning the bidding war for Amazon’s second headquarters came with a $3.4 billion price tag. , the loss of Amazon’s HQ2 has spurred mixed feelings in the community.

Despite the efforts of Mayor Bill de Blasio and Governor Andrew Cuomo, a vocal group of organized political and local opposition successfully haulted the project. The movement against Amazon’s new headquarters was championed by Rep. Alexandria Ocasio-Cortez and fiercely opposed by local community organizations and business groups. Sections of the community rallied around fears that Amazon’s headquarters would gentrify the community, push low-income people out of the area and received overly generous tax breaks. For those opposing the HQ2 development, Amazon’s defeat is a victory against continued corporate welfare and gentrification of a minority neighborhood. In contrast, to local opposition, a majority of New Yorkers supported Amazon’s HQ2 deal. According to Nick Samuels, VP at Moody’s Investors Service, “Amazon’s decision to withdraw its New York City HQ2 is a setback for the city that illustrates politics and anti-business sentiment can derail economic development despite competitive strengths.”

What Does Amazons HQ2 Loss Mean For Corporate Site Location in the Future?

Amazon turned the tables on America’s cities by creating a highly publicized competition that lured 238 proposals aacross North America. In publicizing the search, Amazon seemed to be a winner in fueling a frenzy whereby localities bent over backward to accommodate the retail giant. However, ultimately Amazon’s public civic tournament backfired by shining a spotlight on how large corporations can benefit from community funds.

Amazon’s failure will have severe ramifications for future economic development and large scale corporate relocation. Foremost, Amazons HQ2 conflict with local New York taxpayers will alter if other companies choose to replicate Amazon’s open bidding process. While both communities and corporate leaders pushed amazon for transparency, in the end, the exposed tax benefits and development process undid a potentially successful corporate location. Consequently, future corporations may not be as open when relocating or expanding their business.